If you are enjoying The Harriet Gordon Mysteries...

Dip into a romantic historical mystery from the pen of Alison Stuart! 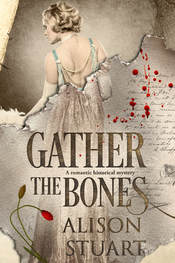 England 1923 and the Great War still casts a dark shadow over the lives of ordinary people.

Grieving widow, Helen Morrow and her husband’s cousin, the wounded and reclusive Paul, are haunted not only by the horrors of the trenches but ghosts from another time and another conflict.

The desperate voice of a young woman reaches out to them from the pages of a coded diary and Paul and Helen are bound together in their search for answers, not only to the old mystery but also the circumstances surrounding the death of Helen’s husband at Passchandaele in 1917.
​
As the two stories become entwined, Paul and Helen will not find peace or happiness until the mysteries are solved. 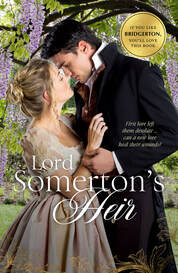 First love left them desolate ... can a new love heal their wounds? A tale of second chance love in aristocratic Regency England, for lovers of all things Bridgerton.

Sebastian Alder's sudden elevation from penniless army captain to Viscount Somerton is the stuff of fairy tales, but the cold reality of an inherited estate in wretched condition leaves him little time for fantasy, and the memory of his wife's brutal death haunts his every moment. When he learns of the mysterious circumstances of his cousin's demise, he must also look for a potential murderer ... surely not Isabel, his cousin's ladylike widow?
​
Isabel, Lady Somerton, is desperate to bury the memory of her unhappy marriage by founding the charity school she has always dreamed of. Her hopes are shattered from beyond the grave when she is left not only penniless but once more bound to the whims of a Somerton ... although perhaps the new Lord Somerton is a man she can trust ... or even care for?
Suspicion could tear them apart ... honesty and courage may pull them together.
​